After waking up in the morning, take a lateral position, put your hands in a bow, use the five pointed fingers and the side of the stomach to comb the side of the head. The hair has been combed to the back of the hair, and the side is 36 times.Transposition is used to comb half of the other side in the same way.

Note: (1) moderate intensity; (2) fingers have been kept bending, always combing to the back of the hair; (3) the whole head must be combed in place.

The brain that accounts for 2% of the human body consumes 20% of human blood oxygen.Chronic lack of adequate supply of brain can lead to dizziness, memory loss and severe brain atrophy.Using fingers to dry hair is to stimulate the cerebral cortex to relieve the spasm of the cerebral cortex, promote metabolism, improve and improve the blood circulation of the head.

The head is the meeting of all kinds of Yang. Seven meridians of the human body have seven ascending heads, which stimulate and dredge the meridians and acupoints, improve and improve the function of the brain, lighten and eliminate the symptoms of dizziness, dizziness, head swelling, headache and head confusion caused by various reasons.Many people feel that the first step will be clear when they finish.

As the saying goes, “ten fingers are linked to one’s heart”.The tip of the finger is most sensitive. Dry hair comb not only stimulates the cerebral cortex, but also acts on the heart of the human body and plays the role of nourishing heart and dredging collaterals.This step grasped the important organs of the human body, heart and brain, especially when it woke up in the morning.

When people sleep, a lot of blood is stored in the warehouse of liver and spleen. When they wake up, their blood flow and blood flow speed increase. When they wake up, their movements are too fast, too fast and too fierce, which can lead to temporary ischemia of the heart and brain.In particular, the middle-aged and elderly friends with hypertension, heart disease and arteriosclerosis, the morning dry comb will increase the supply of blood to the heart and brain, because the stimulated blood vessels will give priority to the transmission of blood to the urgent heart and brain regions. 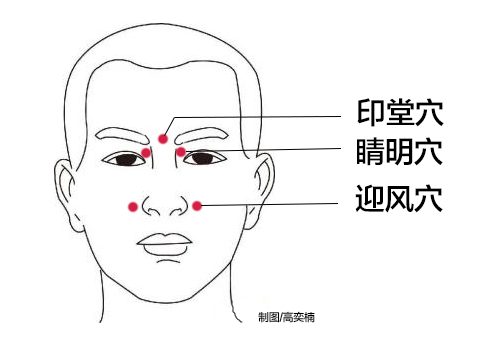 Caution: it should not be too fast to push on both sides of the nose, nor should the force be too heavy.

The meaning and function of this step is mainly due to the lung’s main breath and its opening to the nose, that is, the nose is the portal of the respiratory system, and it also plays the role of warming the cold air to prevent direct invasion and stimulation of the respiratory system.Because of the direct exposure of the nose is the first to be violated, the maintenance and health care of the nose, in fact, is the first part of the entire respiratory tract care.

From the point of Jingxiang to the Jingming point of the inner eye, the lacrimal passage is not smooth enough to weep in the wind and shed tears without wind and tears. It also has good effect on early vision, such as true and false myopia, presbyopia, vitreous opacification, cataract and glaucoma.Continue to push to the point of Yin Tang, this will prevent eye disease, nose disease caused by headaches, frontal sinusitis.

The third step: rub your neck in one hand.

In this step, you need to get up on the bed edge, rub your hands together and rub your neck, rub 25-30 times on each side.It can be rubbed at one time, and it can be alternately rubbed several times, and it can be arranged at will.

Note: neck rubbing speed should be fast, neck rubbing hot, times can be adjusted according to their own situation.

2. after sweating, do not directly against the draught, be careful to catch cold and rheumatism.

3. pay attention to sitting posture and sit like a clock.When reading, watching TV and working at desk, pay attention to correct posture. Do not lie in bed or watch TV, read books and read newspapers.The pillow is generally suitable for 10 centimeters.

4., we should actively, regularly and continuously massage the cervical vertebra, that is, rub your neck often.When you do, you must rub your neck hot so as to achieve the effect.

Put your clothes on the floor, your feet are shoulder width. After you stand firm, expand your chest.After doing 3 times, stretch your arms horizontally, then extend them to the sides. Finally, hang your arms down, double shoulders at the top and bottom, do 36 times, and act coherently and coherently.

Chest enlargement is the movement of the chest, shoulders, arms and elbows.Chest enlargement can enhance cardiorespiratory function, enhance immunity and prevent heart and lung diseases.And it can effectively prevent people from hunchback when they are old.The chest extension shoulder also has the preventive and rehabilitative effects on common shoulder, arm and elbow diseases such as cold, numbness, pain, swelling and discomfort.

Relax your body, hold your hands in half, and massage your waist at the same time until you feel hot.The action is moderate, and you can stand and walk around.

Middle-aged people are prone to periarthritis of shoulder (commonly known as “Fifty shoulders”), which is related to perennial strain and kidney deficiency. “People over forty days pass the noon” and the waist is the government of the kidney. At this age, they often feel low back pain, some appear lumbar muscle strain, severe lumbar disc herniation, lumbar hyperplasia, vertebral canal stenosis and compression of sciatic nerve causing lower limb pain, and also because of kidney lesions caused by lumbago.Once a disease develops to a serious level, it is difficult or impossible to cure it completely.It is wise to prevent, mitigate or prevent the occurrence. 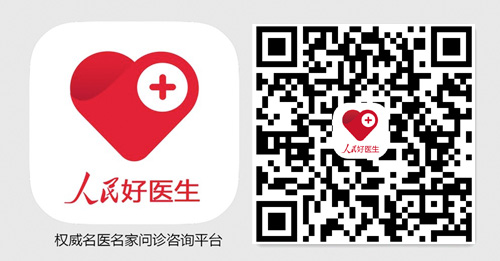 Those who stay up late have stomach protection.

Poria is one of the eight treasures of traditional Chinese medicine.

Joint pain, drink this soup to dispel wind and dehumidification.